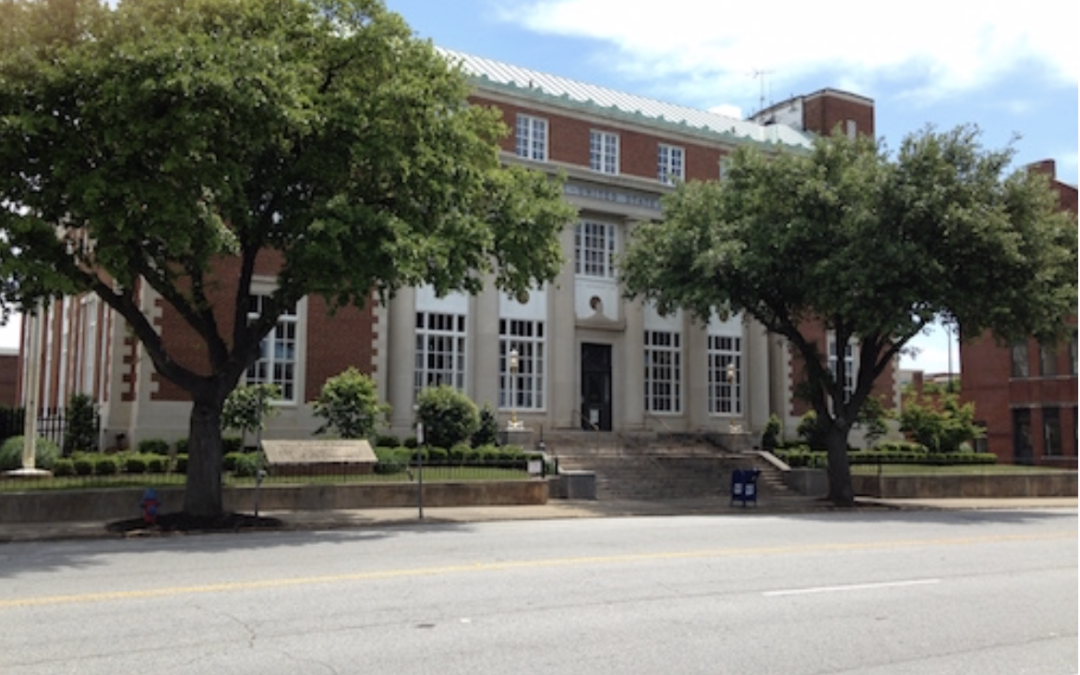 I once stood inside this courthouse, in front of an intimidating and graceful judge. With tears of emotion and commitment I said to a fifteen year old girl, “If you’ll have me, I’ll give you my life.”
Our story was very much like so many others. And, so very different too. Amy and I were best friends. We had been best friends for four years. We never really dated, she was only fifteen after-all. Yet, there was turmoil, there was pain, there was frustrations that drove us together and drove us to that courthouse deep in the south.
Many people, including those closest to us, prophesied that our marriage was foolish and doomed for a painful destruction. Many even claimed that it was immoral. Yet the truth had not been told.
The reason for the marriage was not to thwart the socially imposed sexual taboos, it was not because of an unplanned, inconvenient pregnancy, it was not even because we were “in love” and couldn’t wait another year or two.

Amy’s family was going through a violent and dirty upheaval. Lies, abuse, and destruction were blasted in every direction by those who should have been trusted. Ungodly friends got involved and pressed their agenda of hatred. Lawyers stepped in and complicated the trouble even more. Amy and her younger siblings were used and abused as pawns in a game of control and anger. Each child endured in their own way. As the oldest, Amy was caught in the cross-fire.
We carefully considered our options, as a fifteen-year-old girl, her options were limited. Foster care as a form of legal and government protection was soon to be imposed. I would give my life to save a person I loved from the devastation of this type . . . and I did.
On May 6, 1987 we stood together before Judge Raymond Eubanks in Spartanburg, South Carolina, and made official a promise I had already made in my heart.

“Amy, if you’ll have me, I’ll give you my life.” She looked at me, and made the same promise.”

That was thirty years ago today. 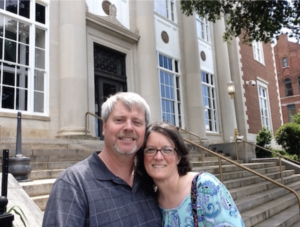 Our father in heaven has a way of taking all things that are intended as evil and turning them to our good. That does not mean that everything will turn out good in our eyes. That means, that God will use the evils, the pains, the destruction of this life, and bring from it glorious and abundant life.

Our marriage was not built on the “butterflies of physical love.” Our marriage was not built on uncontrolled passions. It was not simply even an escape from the turmoil of home life. Our marriage is much simpler than that. We stood before Judge Eubanks, and before God himself, and made a promise. As immature youngsters, we couldn’t know the depth of that commitment. We couldn’t know the years of struggles and tears. We would never imagine the arguments, the frustrations, and the anger that would occasionally rear its ugly head. But we also couldn’t imagine the joy and the laughter. We could never imagine the endless snuggles and “I love you’s” we would share for the next thirty years. And we could’t imagine the two beautiful children we would birth . . or the next generation of grandchildren.

All of this reminds me of another relationship that we share. Another relationship with the same chaos, and the same promise.
In the custom of Jesus’ day, a young man, a girl, the father of the boy, and the father of the girl would meet, would exchange some wine, and the boy would say to the girl. “I wish to marry you. I love you and give you my life.” The father of the boy would pour a cup of wine. He would hand the cup to the girl and the boy would say “I’ll give you my life.” If the girl accepted the “marriage invitation” she would take a drink of the cup. If not, she would hand the cup back to the father. (can you imagine the insult).
If she accepted, the boy would then say these words to the girl, “In My Father’s house are many rooms. I am going there to prepare a place for you? And if I go and prepare a place for you, I will come back and welcome you into My presence, so that you also may be where I am.” Then, he would return to his father’s house to build ‘an addition’ on his fathers house for his bride. She would return to her father’s house to learn to be a good wife, mother, and lover. Everyone would know that she now belongs to him alone.
Do you remember those words from Jesus to his disciples in the upper room just before his death? Think of that next time you take communion. Jesus offers you a cup, and in essence says to you “I’ll give you my life – will you marry me?” How do you answer? Do you take that cup — and say to the Father in heaven, “I accept, and I give you my life” or do you return the cup to the Father and walk away?

I believe this is often the failure of marriage. I believe this is why ‘christian’ marriages fail at the same rate as the world. People have forgotten what “I’ll give you my life” means. With that failure, the blessing is lost as well. Long marriage comes with indescribable blessing and joy. Not just comfort and familiar, but true joy. Struggles? Arguments? Frustration? Of course! But don’t you dare say “it’s work”. No, it’s sacrifice. Why do we sacrifice? Maybe our culture has forgotten that too. We sacrifice because we love. We sacrifice from a heart of gratitude. Does sacrifice hurt sometimes? Yes – and therein is the joy as well.

I’ve accepted that cup from Jesus. I’ve accepted my role in this “marriage”. “Jesus, I give you my life!” That means it’s not mine anymore. It belongs to him. He loves me, why wouldn’t I give my life to him? My promise to Jesus is just as immature as my promise to my wife was thirty years ago. But the promise holds. I don’t know what’s ahead. I don’t know the struggles or the joys. I can’t image the fruits, but I stand firm on that promise forever.

And the same is true of our marriage. We stood together in the midst of chaos on that warm day in early May of 1987 before a Judge in South Carolina and accepted this “cup” of marriage. “Amy, I give you my life.” Why wouldn’t I give my life to her? She loves me.