I feel it’s necessary for me to make a confession. Our many friends know me to be generally a kind-hearted and compassionate kind of person. Yet, what you may not know is that inside me dwells a hatred that is neither Christian or compassionate. At this Christmas season, maybe you can find forgiveness in your hearts or sympathy for my attitude. I must confess to my friends a deep rooted attitude of hatred and a propensity toward violence. Not with everyone, certainly not toward my friends and family. But there is one who has pushed me to the edge and my attitude is evil toward him.

With him, violence rises up within me. I always try to find the best in someone, but this one, this one is too much for me. I realize that he was created by God just like me. I realize that he probably has a family and friends, just like me, but his appearance and character just push me too far. In short, he bugs me. To put it bluntly – he’s ugly.

Now I realize that it’s not his fault. I don’t mean to judge, please don’t judge me for judging him. But, honestly, I can’t get past it. His black beady eyes constantly shifting, his voice is like an irritating buzz in my ears. I don’t even listen to his words. I would be more content if he would just shut-up.

He’s so small, smaller than most, yet an attitude that he can conquer the world. Little man’s syndrome we call it. He looks at me with such disdain. He doesn’t care what I think or what I say. His black skin just crawls with disease and filth.

You see he spends his time in the dirty places, places you and I would never go. He eats food I would never touch. A beggar by nature, he finds a smelly dumpster to be a smorgasbord of delight. I understand that we should give to the less fortunate, but I simply refuse to share my food with him. I would rather he starve than touch my food. When he sees my food I cover it from his eyes. I don’t even want him looking at me. He repulses me. I don’t even feel remorse for my hatred. I simply want him dead and removed from the earth.

He spends his days in the most disgusting and dark places, places an ordinary white man would never dare to go, yet he comes to me and sits near me and occasionally touches me. I don’t want him to touch me or be near me. He’s here, he’s there, he moves around the room like an invited guest. He eats my food when I’m not looking, I’ve even seen him drink from my cup and I’m so repulsed that I dump it down the drain rather than touch it to my lips again. I want him out of my house but he refuses to go. I want him gone. I want him dead.

He even touches my wife and my children, like an intimate friend. Hatred rises up in me and in them. Has he no sense of decency? This is my family! This is my home! Yet he is near us and touches in ways that boil my blood. They have no compassion either. They have learned to hate him too. We attempt to ignore him whenever possible. But there comes a time, when his pastiness overwhelms one of us and we will reach for the nearest fly swatter and kill him in an instant.

Through the years I’ve become very acquainted with toilets. Working in school maintenance, I’ve done everything from being the guy who scrubbed and plunged the toilets to fixing, repairing, replacing, and even writing the specs for new construction and new toilets. I’ve also had my share of personal time with toilets. I’ve spent many hours sitting on one, or simply standing in front of one practicing my aim. You might even say that our relationship has been very intimate. When sick, I have hugged my toilet as a cool and close friend and I’ve shared things with my toilet that I don’t share with anyone. My toilet has often seen a side of me that no one else has seen.

The mystery runs deeper than just the relationship with the toilet itself. What puzzles me is the various toilet relationships as it relates to gender. Here at the campground, I spend a great deal of time with toilets and with people; the same was true at the schools. People, young and old, male and female, all spend their own quality time working out their private relationship with a toilet… or that’s what it seems. However, I’ve begun to notice a pattern that troubles me… or maybe ‘trouble’ isn’t the word, ‘baffles’ might be a better term.

This isn’t about the massive quantities of toilet paper that are flushed without mercy down our ancient drainage pipes. Or even those weird items that seem to endlessly appear in the female toilets when they refuse to flush. This isn’t even about what appears to be failed surgeries that seem to plague the female gender. I know there are some repulsive explanations for those mysteries…. most, I simply refuse to hear. I’m satisfied just to know that, by calculating the number of rolls of TP by the number of visitors in our restrooms there is no question that our campground is occupied by hundreds of clean butts.

No, it’s none of that. Let me explain. Here at Castle Rock Campground our toilets are old ‘residential’ type toilets and frequently need to be plunged. This wasn’t a frequent problem at the school with modern ‘commercial” type toilets. In addition, on a busy weekend, we could have hundreds of people using our toilets throughout the day. So, during our busy times I find myself cleaning the toilets about every hour. In between the cleanings it is common to get a call that one or more toilets simply are unable to make the necessary pressure to purge the latest deposit. Upon arriving it is usually a simple matter of reprimanding the toilet with a rubber plunger until it resigns and swallows the ignominious load. On the men’s side of the facility this is usually a simple matter. I walk in, find the offending toilet, and do whatever is necessary to remedy the problem. But on the women’s side the problem is more sensitive. I can’t simply walk in, proper etiquette requires that I wait until all the female visitors have exited the room.

This is where the problem begins. As I sit outside the problematic facility I’ve learned something about the gender relationship with toilets. Men simply walk into the restroom, do whatever needs to be done and then exit, often finding themselves waiting for their female partner. There is little to no conversation inside a male toilet facility. A male toilet facility is not unlike an elevator where the uncomfortable close proximity of other humans makes conversation awkward. Don’t get me wrong, there is a prehistoric level of communication that conveys our personal satisfaction of our ongoing progress, but talking for the sake of building personal relationships is totally void.

Women on the other hand enter the facility and often do not emerge for significant spans of time. To make the mystery even more intriguing, the female visitors often enter the facility in large congregations, not unlike the harems of old. These woman not only actually speak to each other, they treat it like a social gathering that could rival many family reunions. Keep in mind in our little campground the woman’s facility has four toilets nicely arranged along one wall with typical toilet partitions and doors. Yet frequently I’ve seen as many as a dozen chattering friends enter the room and join other like-minded guests. Often while I wittiness this unusual human behavior there will be one or more toilets that have lost their ability to ingest the necessary contents. From outside I can hear the chattering of these women that sounds much like the cackling of a roost of hens. They talk, chatter, and laugh like old friends. They build relationships and life-long friendships. What troubles me is I can’t imagine, for the life of me, what happens in there. Do they stack themselves up? Do they have some kind of bucket-brigade? What is there to talk about that they didn’t discuss around the campfire or back at their RV? How many fit inside one toilet stall? I’ve tried to imagine all kinds of scenarios, but every possibility defies the imagination and even the laws of physics. I try to picture a half-dozen women arranging themselves around one toilet, but I know their aim is no better than a man’s and they simply don’t have the hardware to make the shot. Or maybe they have found some shared labor system….. no, this simply doesn’t seem right. Maybe you have some idea?

Worse than adult women are the little girls. We recently had a girl scout group that included about thirty little Damsels that found it to be a matter of pure entertainment to make frequent and regular visits to the facilities as a group. Who could imagine that in beautiful northern Michigan campground, situated along the sandy shores of Lake Huron, and only a short drive to some awe-inspiring sights and experiences, that a social gathering at the campground toilet would be the highlight of the adventure. It was as if they had never experienced the shared joy of expelling their small human waste as a social event. This is simply a matter that is beyond my limited comprehension.

I’ve asked this query of many men and they all give the same response; they simply hang their heads and shrug their shoulders. Then I’ve asked many women about the mystery of the toilet; they simply smile and make some gesture that tells me “you simply wouldn’t understand”. What is it that I won’t understand? What is going on in there? Men have engineered methods of traveling through space at speeds that bend the mind. We have set foot on the moon and have explored the depths of the oceans. Yet, there is a mystery here at home that baffles every man, it exceeds our comprehensions, and brings our skillful imaginations to a dreadful halt. What really happens in there?

Please use the space below of you have any insight into this baffling mystery. 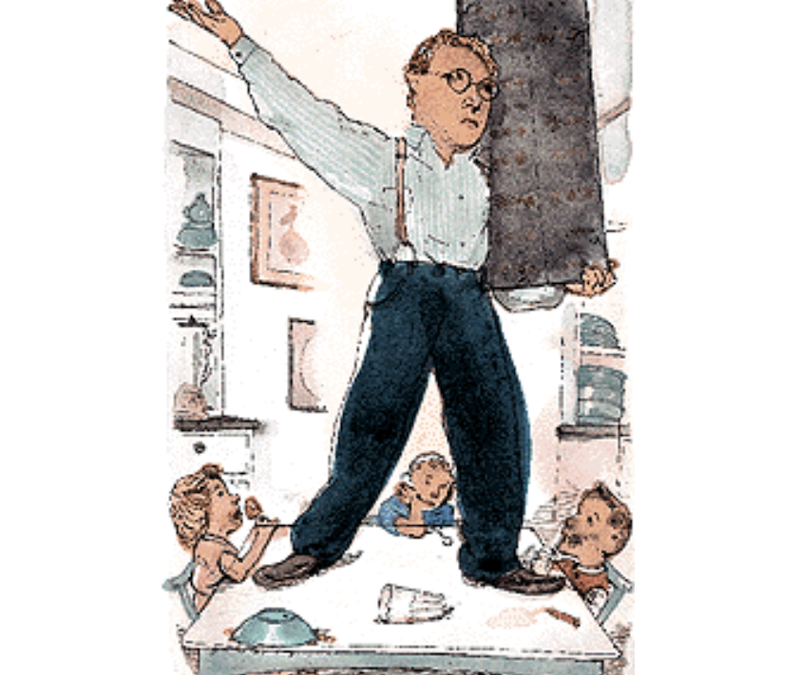 This is written by Ian Frasier, from The Atlantic magazine (February 1, 1997). The original is at this link.
I found it from a link by Lois Tverberg on Our Rabbi Jesus