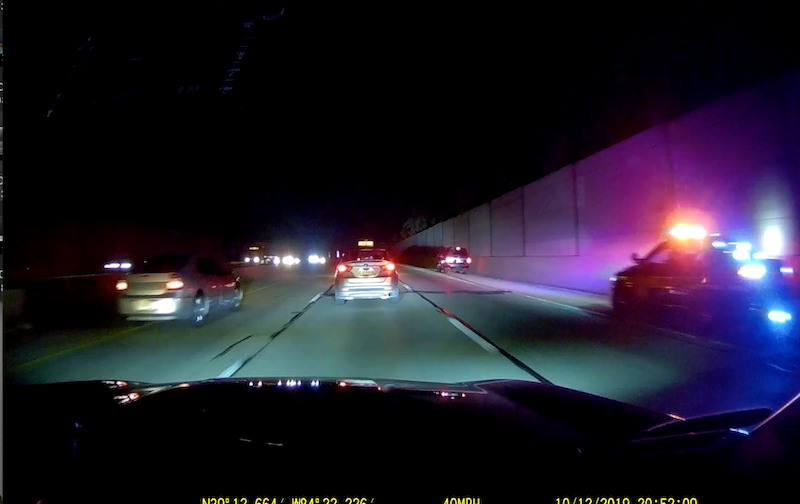 In all my years of driving I have logged countless miles; spent an inordinate amount of time behind the wheel, and wore out more cars than I can remember. Considering all of that driving I’ve seen some terrible and unspeakable things on the road.

One of the most insidious things I see, regularly, are devastating crashes caused by distracted driving because of cell phones or texting. We’ve all seen it, the driver, weaving across the line, or running straight through a red light with a phone in his or her lap, texting away, oblivious of the traffic around. I’m frustrated because distracted driving often ends with a pile of twisted metal and fatal results. The bloody fatalities are often innocent and conscientious drivers, who are impacted by the selfish careless acts of another person.

Sadly, by far, the greatest single population of dangerous distracted drivers are cops. The careless driving habits of police officers are exasperated by more than phones, but by cabin mounted computers and a host of other electronic devices.

I can’t tell you the number of times I’ve seen police officers flying by (as they nearly always are radically speeding) with their eyes glued to their phones. I’ve literally seen them drive off into the median at high rates of speed because they were not watching the road. On two specific occasions I’ve personally been run out of my lane to avoid side-swiping a patrol car.

Now, please understand, I have respect for the jobs that our police officers have to do. Honestly, I wouldn’t want their jobs. But they are fooling themselves if they think they are immune to the causalities of reckless driving.

Last night, driving back in the dark from Cincinnati, I experienced another type of reckless driving on the part of a police officer. The driver of a large SUV entered the expressway and illegally crossed two lanes of traffic to find his spot in the flow of vehicles. Certainly his action was not safe and warranted correction. A patrol vehicle came out from his hiding spot, crossed three lanes of traffic, nearly causing a massive collision, passed me on the left, cut directly in front of my left fender before slamming on his brakes in front of me. Again, a domino effect of near catastrophe was narrowly averted. By this time, the SUV had moved to the right shoulder and the officer moved right, cutting more vehicles in his path.

No driver on the road last night deserved a severe citation more than that careless reckless officer. For the want of a minor traffic infraction, the high speed reckless officer carelessly endangered the lives of countless individuals on the highway.

Please, if you are a highway patrol officer of some kind, or you have friends or relatives that patrol the roads, be careful and considerate of the lives you are sworn to protect. I fear the strains of the job can cause public servants to forget why they are there. Driving while texting or using your computer is no safer in patrol vehicles than it is in ours. Catching your traffic violator does not merit killing innocent victims on the road. The cop had plenty of space and time to make a safe and controlled maneuver and approach the offending SUV. No amount of high speed training will protect police or us on the roads from foolishness and carelessness. Police lives depend on safe driving; ours and yours, and our lives depend of it too.