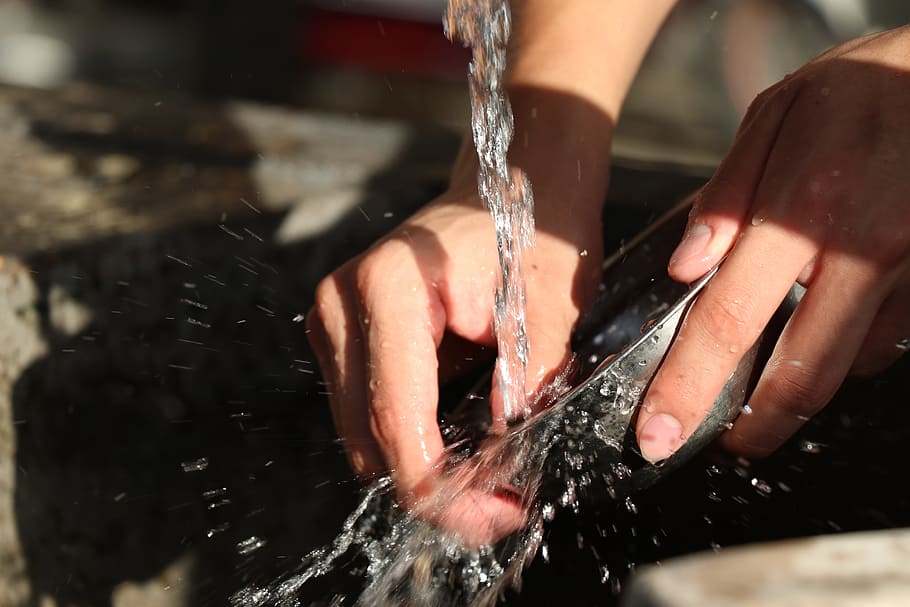 For over thirty years I’ve watched with curious silent humor as my wife would wash the dishes thoroughly before loading them into the dishwasher.  I, myself, don’t engage in dishwashing very often because, as with all domestic tasks – I do it wrong.  There is, apparently, a specific science beyond my comprehension, to the delicacies of laundry folding, towel stacking, pillowcase fitting, bed making, carpet vacuum lines, and now – dishwashing.

But yesterday my sweetheart had put in a particularly long and exhausting day and I wanted to relive her of the menial task of washing the dishes.

So, after watching her perform this tedious enterprise thousands of times over the years I duplicated her actions and performed the duty flawlessly.  However, about midway through the stack she asked, “why are you hand washing them, we have a dishwasher?”

I was perplexed and bewildered because now I had no answer.  The foolishness of my actions was obvious, to me at least.  But the foolishness was a learned action, perceived though years of visible evidence.  Yet now, it was me, caught red-handed as it were, with the foolishness of the action, as if criminal, now in my wet hands.

I unfolded my defense in a deliberation suitable to withstand judgment in any courthouse.  Yet, in the end, my feeble defense faltered at her denial that she had EVER pre-washed the dishes.

That was it.  A simple denial and my case was annihilated.

How can I, after the passing of thirty-some years, my eyes gloriously affixed to this lovely woman, watching and wordlessly amused at her need to double-wash, be so entirely and completely wrong?

My self-worth, my self-esteem, my entire ego teeters in the balance at these moments.  Every drop of manliness is shredded into a prison of mental mush.

It may be weeks, or even months before I can show my face in public again.  The shame is too great, the burden is too heavy.

Marriage has defeated me.